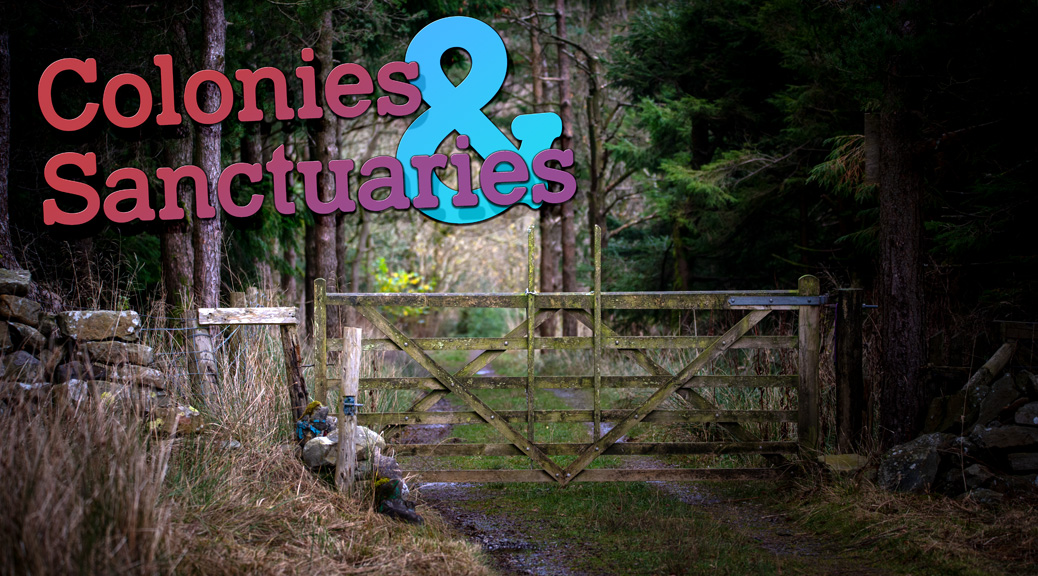 At work we have entered “the quiet period”. There is little to no new work in, or even on the horizon, and nothing is currently expected until well into the new year. During the busy period, we dreamed of this time. Now that it’s here, I think it’s fair to say that the studio team is collectively mortified at how boring it is. We are struggling. I am quite literally exhausted at the end of the day, having done nothing except a little bit of file housekeeping – copying brand logos into libraries, tidying client file folders, etc.

Although I am somewhat beached, being stuck in the office, there are still photo opportunities if I hunt them out. I’m over the initial shock of having nothing to do and I’m beginning to explore the building with my camera. We don’t just have offices, we have print and finishing rooms and a warehouse as well, so there is plenty to photograph. I’m poking around and experimenting with abstracts.

Weekends, however, are a bit of a different story.

A couple of weekenders

The weather has played ball somewhat around the ends of the last few weeks, and I have managed to pull a couple of weekenders. I’ve leaned quite heavily on Golden Acre because it’s very close and if I wake up to find the weather is good then I can get there within a few minutes. Saturday mornings at the park are much quieter than Sunday mornings, when there can be some competition for a seat in the hides. The winter light is not easy to work with when shooting wildlife because the sun doesn’t rise until much later at this time of the year and it stays very low on the horizon throughout the day. If the skies are clear, it’s pretty much an all-day “golden hour”.

As well as the park, I’ve taken some drives out in search of potential photography subjects further afield. On one such drive, while looking for red kites, I happened upon this kestrel. I found it somewhat amusing that she was using modern technology to save herself the energy required to hover, as the telephone pole provided a clear and unobstructed view of the field beneath.

I would have liked to get a little closer but every time I approached, she would move on to the next pole. I’m still quite happy with the shots that I did get.

It turns out I’ve been fairly prolific in my downtime during late October and through November. Below are three galleries. Click on each accordian to reveal them:-

I’m very pleased with many of the photos I caught, especially during a particularly foggy few days. It was a very spontaneous thing but paid dividends, setting off long before dawn and driving into the mists, hoping to find that space between the cloud and the vista. These are the relatively noteworthy photos I caught during the month.

Having a few days of annual leave to get rid of, Glenn and I seized the opportunity to go on a Friday to visit the grey seal colony at Donna Nook in Lincolnshire. It was the first time Glenn had been and the first time I’ve been while seals have been present. Because of this, we really didn’t know what to expect. We had absolutely no idea how very close the seals would be to the viewing area. Glenn brought his huge Manfrotto tripod with very top-heavy gimbal head, and I brought my monopod but with no ball head. For both of us, lessons for the future were learned.

Both of us came away with photographs we were proud of, and have vowed to return better prepared (and with a much better understanding of the photograph opportunity landscape).

The Red Squirrel Sanctuary at Snaizholme

Most recently, Glenn and I visited the red squirrel sanctuary and Snaizholme near Hawes in the Yorkshire Dales. This is one of very few locations in England today where it’s possible to find red squirrels in their native habitat. As regular readers will know, I’m immensely fond of the grey squirrels that live near me, but nevertheless I am aware that the red squirrel is under threat due to the arrival of the American grey squirrel. I’m reasonably confident that the demise of the red squirrel is far from imminent, given the efforts being undertaken to protect them now. It was a fabulous and fascinating first encounter with the red squirrel, and one we plan to repeat next Spring.