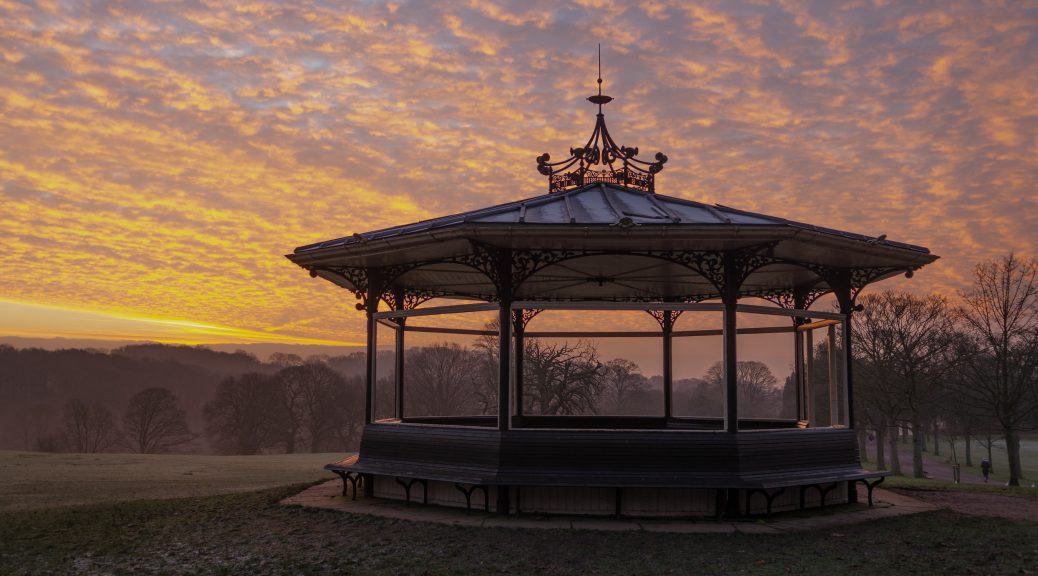 There are other times, though, when I’m not making landscapes, nor black and white, nor any other styles of image that interest me. My output stops completely and I’m unable to line myself up for some inspiration. I lose my “photo mojo”.

A few months ago, I realised that I’d lost my mojo. It was when I needed to give my car an extended run in order to “clear its throat” – the particulate filter in a modern diesel, doing short journeys all the time, will eventually become clogged and in order to avoid problems it’s necessary to go on a longer journey on a motorway or dual carriageway. Sheryl and I headed for Scarborough on the A64.

We had a very pleasant drive over, had a chip butty and a donut, walked the dog up and down the beach, checked out the harbour and peered in the windows of a few shops on the promenade. Then, on the drive home, we went the way of the beautiful Forge Valley. And beautiful it was.

Although it was cold and the trees were mostly bare of leaves, that road is extraordinarily picturesque at all times of the year. Later, our route home took us to Sutton Bank, which – if you’re not familiar with it – has one of the best and most inspiring views of North Yorkshire. Lots of it, all in one view.

At no point in the day, however, did I feel inspired enough to get my camera out. Not on the drive over, nor while on the seafront, nor on the way home. My mojo had gone, and I began to realise there was nothing I could do to get it back. It’s gone until it comes back and when that happens is outside my control.

Perhaps it’s the fact that it’s the winter, and there’s so often so little light in the winter months, coupled with dead or absent foliage, but I think the primary issue isn’t the environment as much as it is the effect that the environment has on you. It isn’t the view that inspires you to capture an image of it, it’s how you see the view; it’s where you are emotionally when you see the view that inspires the photograph, if you are inspired at all. And if you are not inspired – if your heart isn’t in it – then it won’t happen.

It’s a reminder to me that photography is, itself, a form of expression. Whether it is artistic expression or not is for you to decide, but at least for me it’s that much at least. In order for me to speak through my photography requires me at the very least to believe that I have something to say. Photographically speaking, I think I’ve lost my train of thought for now.