One of only two lenses that I chose to carry over from my DX to FX line-up is my Micro-Nikkor 40mm f/2.8 macro lens. At some point I may choose to find an alternative but I am able to shoot macro at least for the short term with this, despite its DX format. 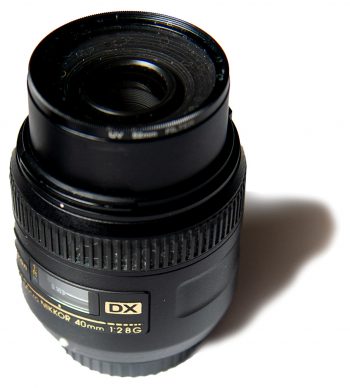 While the 40mm lens does vignette on the D800, as you would expect with it being a DX format lens, interestingly the vignette completely disappears when focusing close-up. Since I only use this lens for macro, this is no issue for me.

This is not to say there is no issue, however. The 40mm focuses down to 1:1 scale, as any true macro lens will. But since I am no longer capturing images on a cropped sensor and am instead capturing images in full-frame, at closest focus the subject now fills less than 50% of the frame that it did on the cropped sensor. And depsite the D800’s far higher megapixel resolution, on a pixel-per-pixel comparison, my old D7000’s sensor actually captured higher resolution images of my subjects than my D800 can with the same lens.

In pretty much every other respect I think the full-frame format wins hands down, but in the tiny world of macro where different factors are at play and different considerations must be given, it’s far less obvious that the FX rules over the DX. And since it’s important to me that the expense of moving to full frame should not signify a regression on any level, most especially in a field of photography that I enjoy so much, I needed to address this shortfall. The solution to this dilemma is extension tubes. 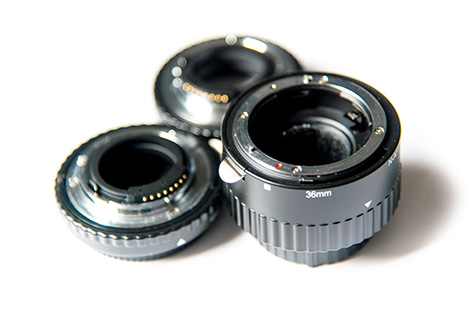 I’ve bought extension tubes in the past, but very cheap ones rather than these fully featured ones with lens contacts and aperture linkages. The extra expense for the additional functionality is certainly worth it. While the cheaper extension tubes will get you where you need to go, their lack of mechanical and electronic features make the journey more difficult. With seamless lens data and aperture linkages, and even focus motor screw linkage for older lenses, the more expensive extension tubes add magnification capability without compromising on usability.

Also important to note is that extension tubes are a mechanical rather than an optical macro component. There are no glass elements in extension tubes, and so the optical quality of images created with the use of extension tubes remains limited only by the lens’s ability to resolve at higher magnification. Extension tubes may expose a lens’s deficiencies or limitations but they won’t introduce their own.

It’s not a panacea. The working distance with the 40mm was not huge to begin with but, at nearly 2.7x magnification it’s minuscule at around a centimeter. Lighting the scene is extremely difficult with such a small area to work in as well, and the ideal diffused light  that I enjoy working with frequently has to give way to a harsher, glancing light from the side.

The addition of a decent quality set of extension tubes to my gear list has resolved the one deficiency in my recent switch to FX which was niggling me. It has also greatly extended my macro capability into super macro with some new magnification levels. With Spring underway and Summer about to start, I’m looking forward to testing the limits of these new heights of magnification in the field, when hopefully I can achieve some usable results.