Living in the suburbs, the fox is of course a regular visitor to my neighbourhood. I point a webcam out of my window for two reasons only: one, to check on my car and two, 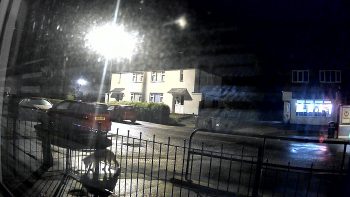 to watch the foxes that wander the streets at night.

As with many of my neighbours, I often put food out for the foxes – stuff that the dog doesn’t want or which is a little out of date – just to make sure that the foxes get something and don’t get into trouble trying to turn bins over etc. I don’t put food out every night but the foxes visit anyway, just to check.

Like the neighbourhood cats, the foxes know where the food is and they tour the area prospectively visiting their regular suppliers. At least around these parts there seems to be a relationship between us and the foxes built on mutual appreciation. But then, nobody around here keeps chickens.

I decided a few weeks ago that I’d like to capture some good photos of the foxes that visit my yard. The foxes around here, though, are pretty risk-averse and therefore behave pretty skittishly. I sat out one night with my camera with food on offer, waiting for the foxes to show up. After weeks of nightly visits, suddenly there were no foxes in sight. I even waited until past daybreak but the foxes completely failed to appear.

The next night I retreated to the hallway in the dark, waiting patiently for the foxes to collect the food offerings in plain view in the street outside my yard. Again, the foxes were a no-show. Assuming the foxes could sense my presence, the next night I set up flashes in the window and the camera in the doorway, me at the computer watching the webcam, ready with a remote trigger. After 3 hours – past 3am – the foxes had again failed to show, so I retrieved my camera and went to bed. I gave up.

A couple of nights ago I decided to have another stab at getting photos of my visiting foxes.  I needed the foxes to feel safe visiting yet I needed to put a camera in their presence. I decided to introduce my trusty but very old GoPro. It’s a 3+ Black Edition, which is many generations old, from back when low light really did mean lots of image noise.

Once again I sat inside watching the webcam on the PC, waiting for the foxes to make an appearance with the GoPro app open on my mobile phone as a remote trigger. I put Maisie’s discarded food and some honey roast ham on the pavement just outside my gate and I waited. At last, after about 20 minutes, this guy showed up: 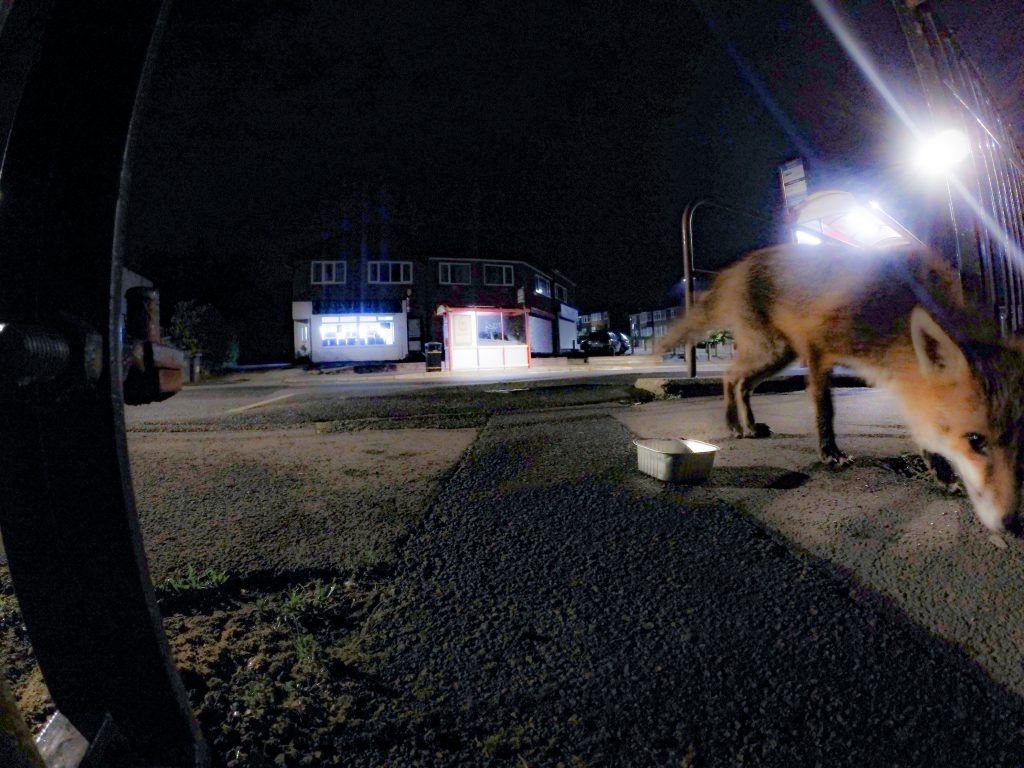 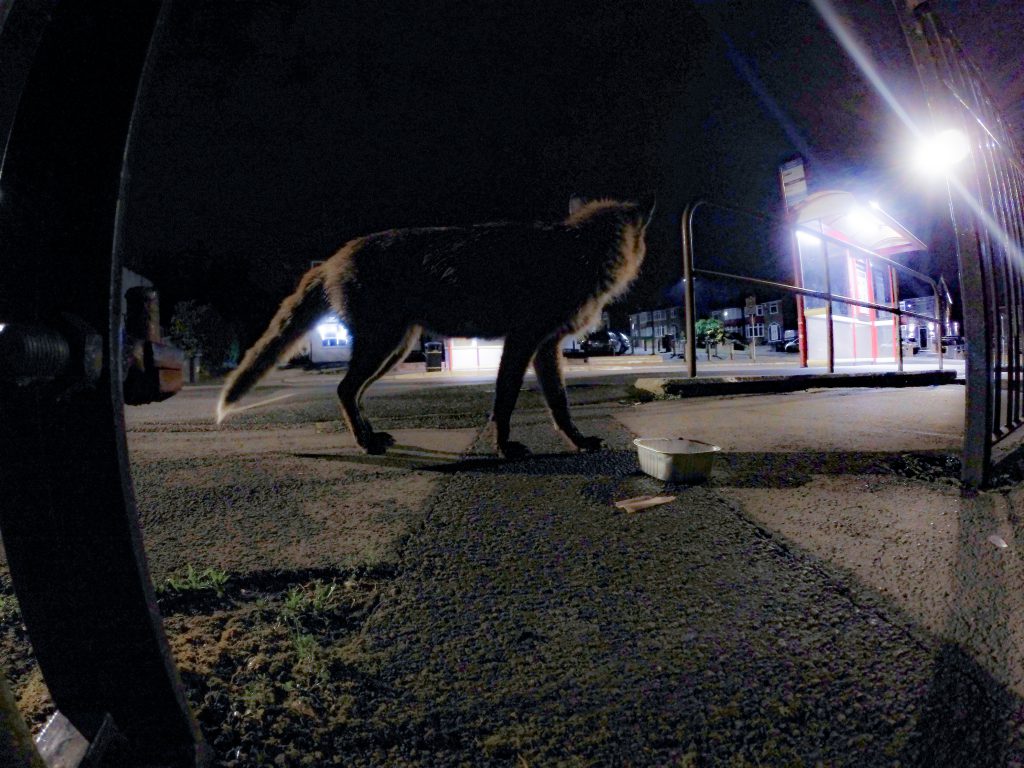 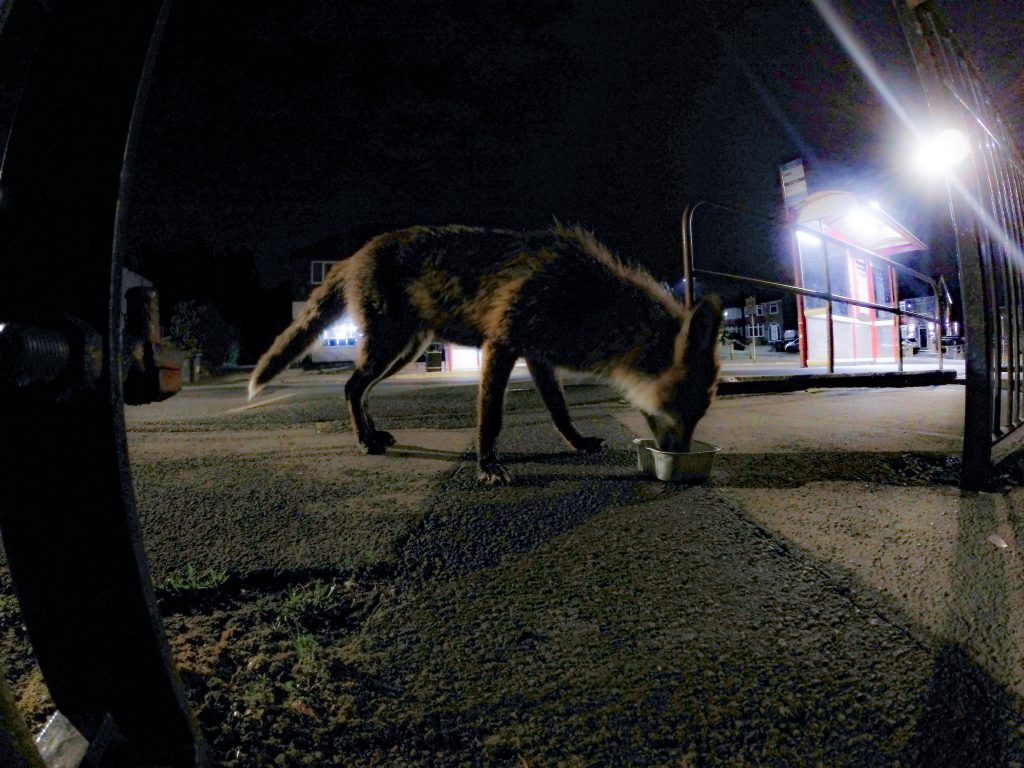 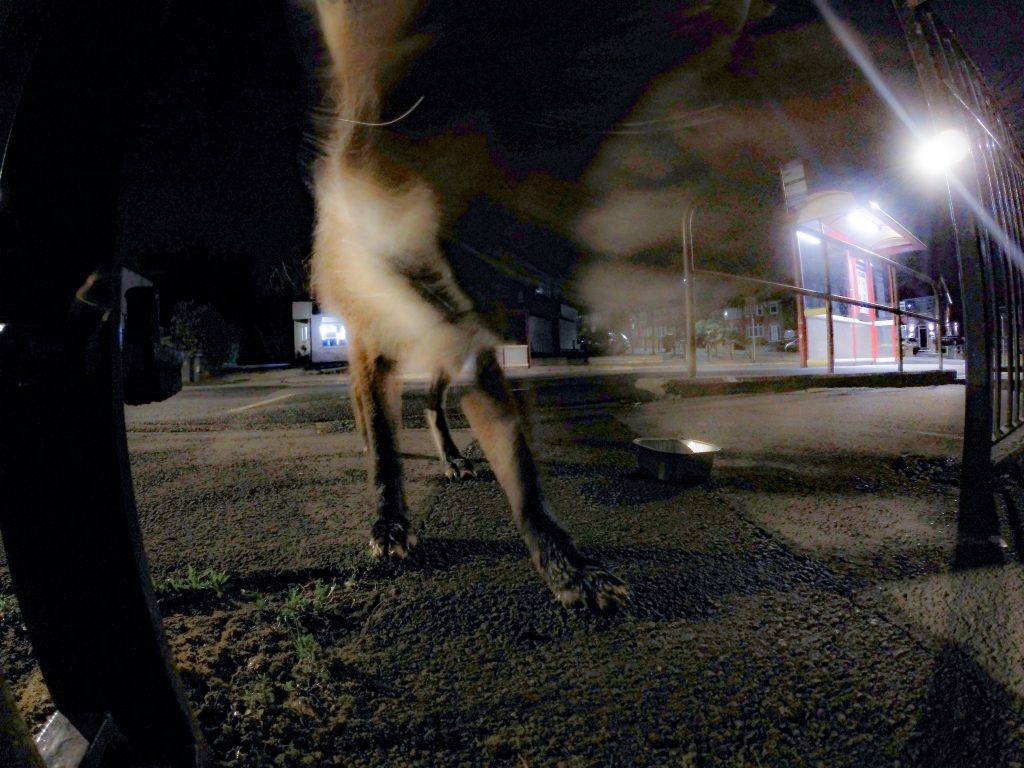 The GoPro stores 12 megapixel JPG files. Exposures were automatic and vary between 1/3 and 1/2 seconds. More light would definitely bring better and more usable results but ultimately the results with the GoPro will never be as good as the results I’m looking for.

But it’s a start. It’s a bit of a break. It’s encouraging, at least. Now that I know that I can get something at all, I feel inspired to keep trying for a better shot. I will keep trying with my DSLR, but I know that this is going to be a big step up. The major difference between the GoPro and the Nikon DSLR is that the GoPro shoots silently. The Nikon is anything but silent. I anticipate that I will have only one chance and a single exposure with the D800 before the fox is scared away.

Keep watching for Part 2, which I will post if and when I have some success with the Nikon.