We’re into August now, so I felt that a July photography round-up was in order.

July turned out to be a bit of a photography mish-mash, with very little in the way of photography actually going on. Aside from one specific excursion, the month was filled with largely random minor events, but I still caught some shots that I was pleased with. Most of July for me was given over to organising and upgrading rather than shooting.

We’re very fortunate to have a strong red kite presence in our vicinity and warm late afternoons frequently bring visits from this visually striking bird of prey. 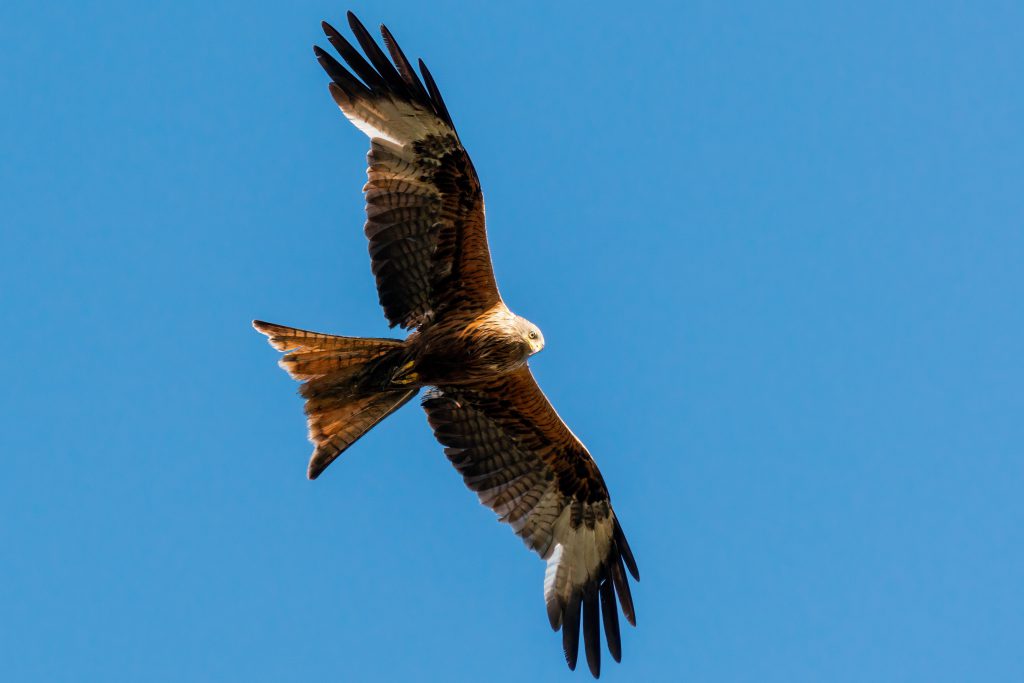 Like macro photography, red kite photography is often something you can do in your garden. While I don’t have a garden, I do have a friend who does, and an afternoon chat on the patio with a coffee and a camera is always enticing. 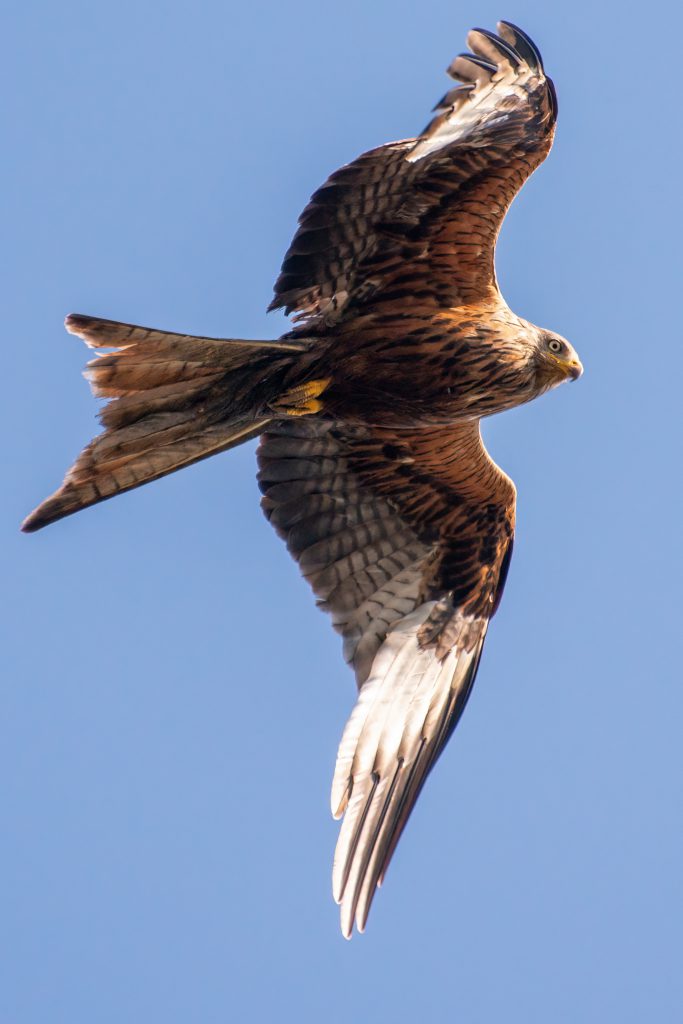 The kites often fly very low in our area, frequently as little as 20 or 30 feet above rooftops, so a good shot is not an impossible thing to achieve. 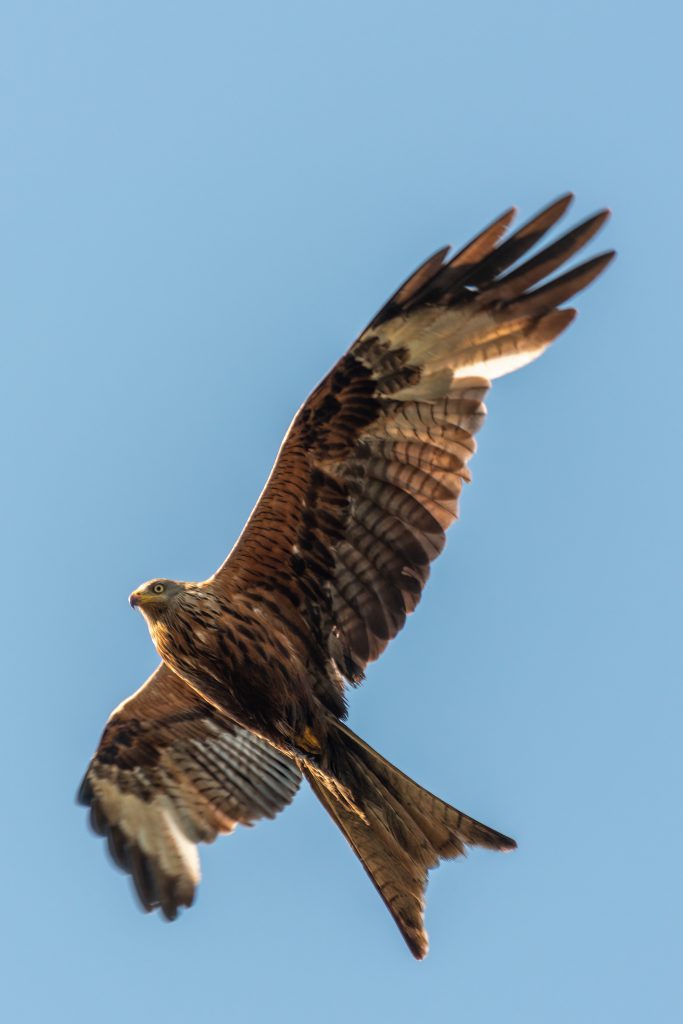 A sunny July is a good opportunity for contrasty infrared photography and this year has proved to be very sunny indeed. 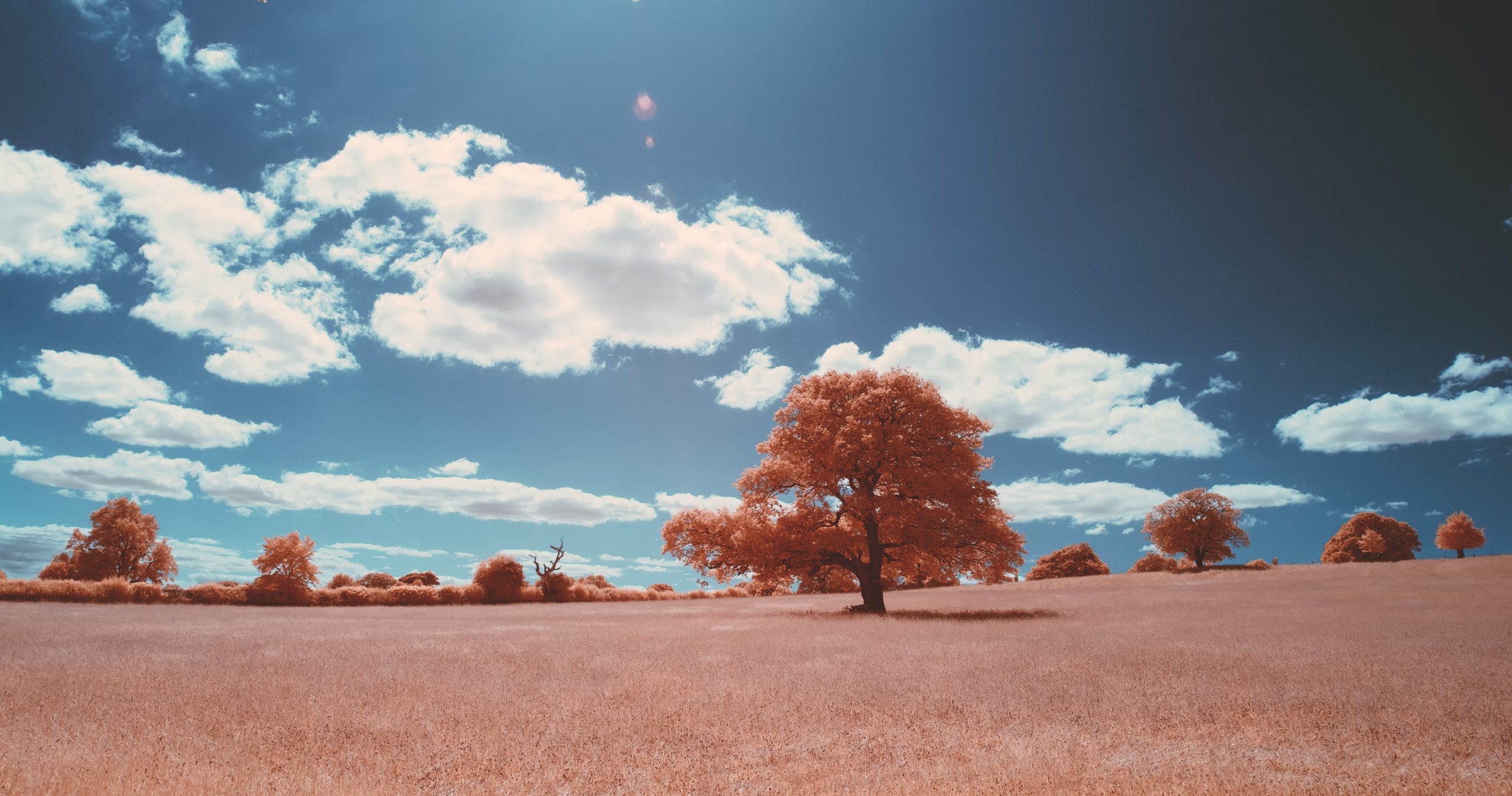 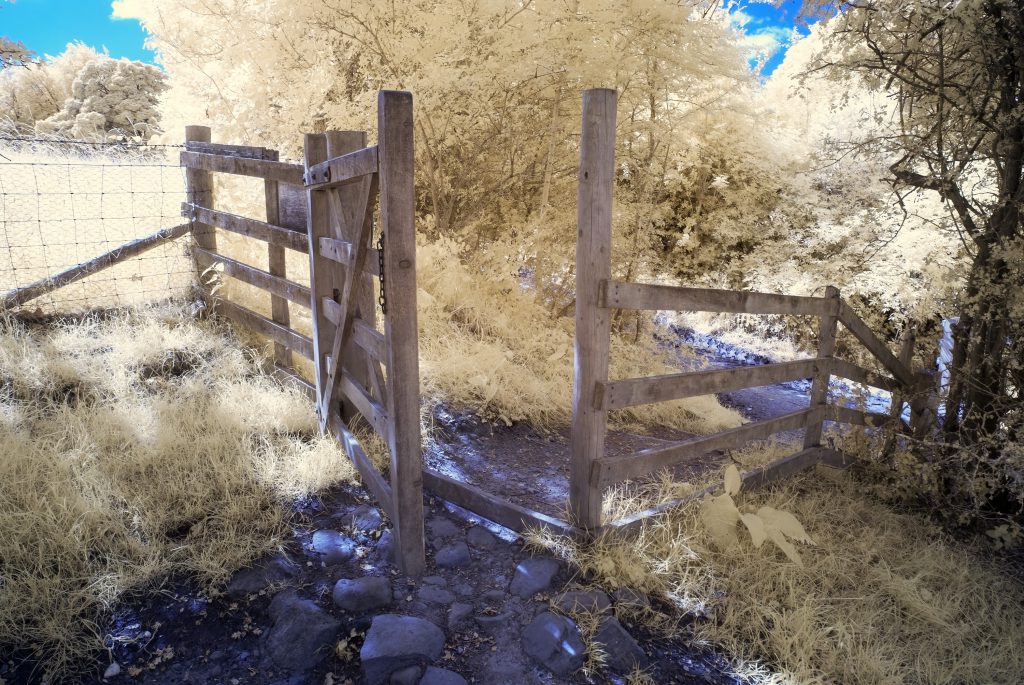 I addressed the issue of lens-swapping in an earlier post and it’s proved to be the case that the 18-70mm is mostly adequate to the task of infrared, particularly when sticking fairly strictly to the F8 rule of compensating for focusing issues. 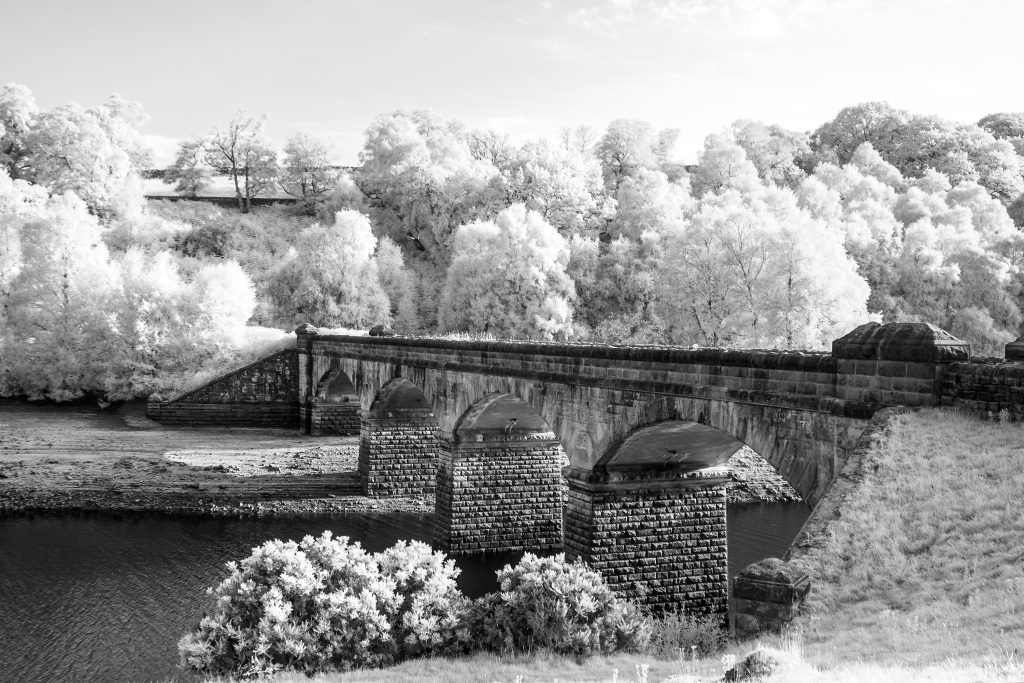 It’s challenging in the field to tell whether or not you’ve got a well focused image because of the low-contrast nature of infrared RAW files, bright sunlight and my failing eyesight but, in adopting a policy of “spray and pray”, I haven’t got home yet to find that I didn’t actually capture what I thought or hoped I’d got.

Lately I’ve been trying to get into the habit of planning shoots. I have a long history of “traipsing” photography – wandering out aimlessly to see what I happen upon – but I’ve always recognised the value of more meticulous planning. The British weather’s role in scuppering intentions cannot be understated, however, and often the best-laid plans are destroyed by our infinitely varied and fast-changing regional climate.

I determined to plan a shoot to capture the milky way over the Yorkshire Dales, specifically with a particular barn as the main subject. This required a clear, moonless night to achieve and so I set about monitoring the Met Office weather forecast as well as several other weather-oriented and radar pages.

A predicted congruence of conditions formed in the middle of July, and so I embarked on the journey at around 11pm. In keeping with the ethos of planning ahead, I had successfully adjusted sleeping patterns so that an overnight shoot was feasible. I timed my journey so that I would arrive around 1am, with a shooting window of about 2 hours. Earlier than that and the moon would have interfered with the shot and later would have been too close to sunrise. In the middle of summer you have the advantage of it not being impossibly cold but the disadvantage of the night being extremely brief.

I arrived to find a group of amateur astronomers in exactly the spot beside the barn that I’d planned to take my photo. That was it, shot ruined. I drove on. I knew this barn was not the only potential subject in the Yorkshire Dales so I continued, scouting for another photo opportunity. However, in the dead of night and with no ambient light (the moon had set, as planned) it was impossible to spot another barn to use unless it was right on the road, within the reach of my car’s headlights. Google Street View couldn’t get a connection in such a remote spot and so things were looking grim.

In my search I crossed a bridge over a beck and I stopped. I turned around and went back to park. The bridge, my new subject, looked perfect. Well, perfect as a substitute. It wasn’t what I planned for but in photography, as in life, you don’t always get what you want. 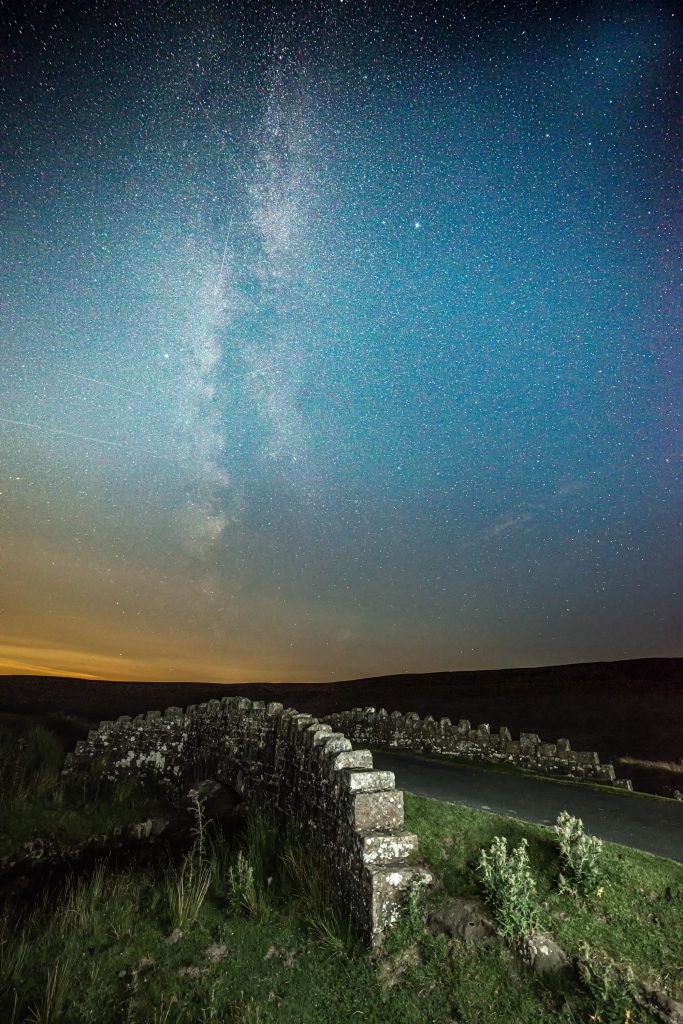 The shot was achieved using a tripod, the Nikon D800 with Samyang 14mm set at f/4.5 and an exposure of 20 seconds, with a couple of cheap LED lamps to illuminate the bridge during the exposure. In total I took about 15 experimental shots to nail focus, work out durations for the shutter and lamps, and this was the result.

The weather forecast had predicted a cloud inversion in Dales valleys towards dawn, but that didn’t manifest. On the way home I stopped a few times where I found mist in the fields but I saw nothing to top the shot I’d got of the milky way over the bridge. 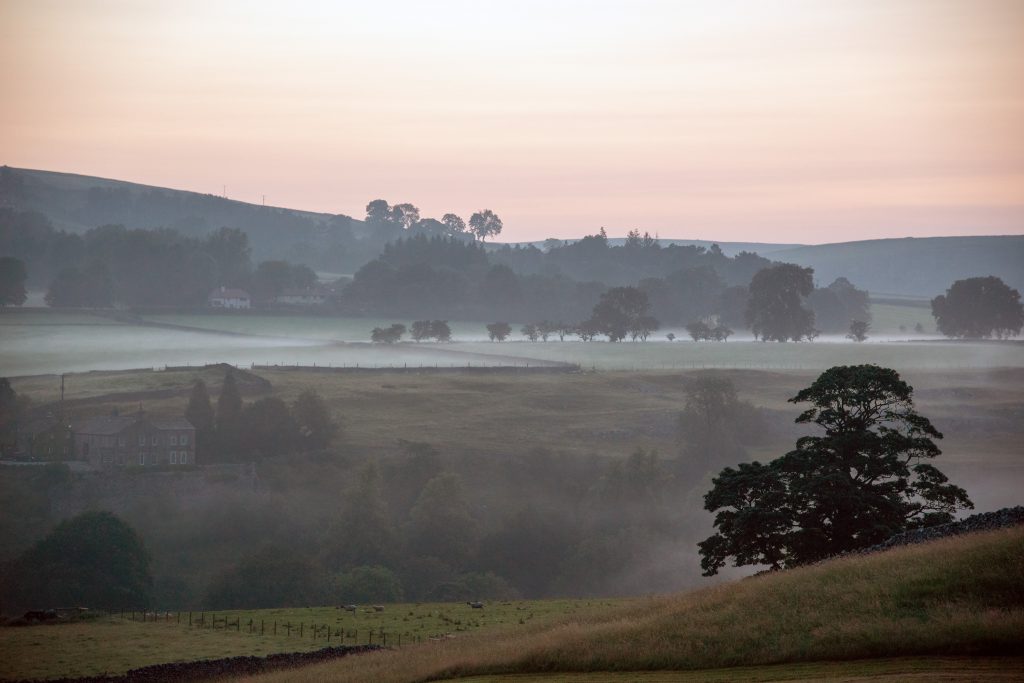