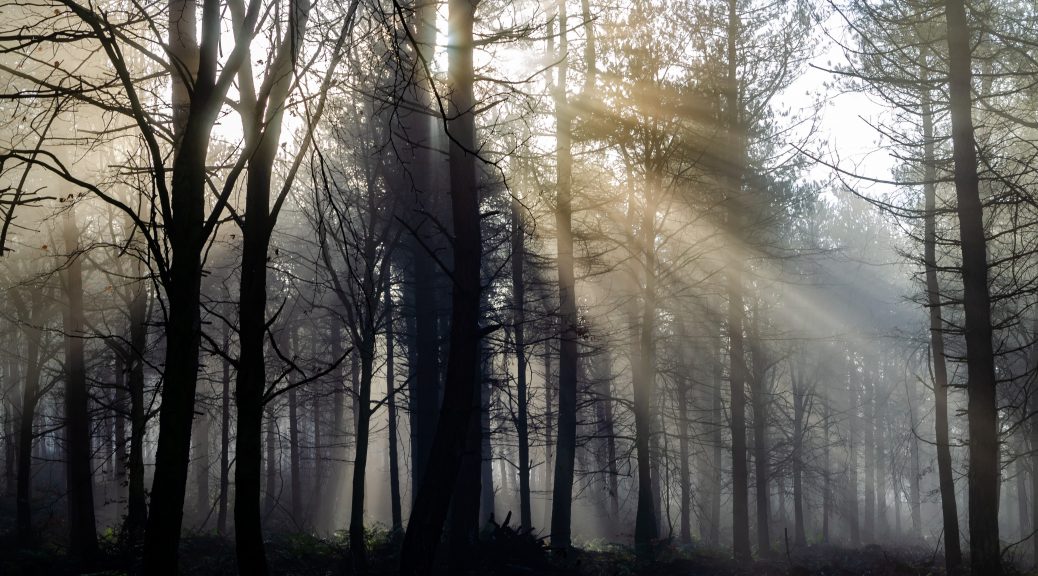 As if missing out of photography for three months of the year because of having no car were not bad enough, it was mostly autumn that I missed. Now I’m mobile again and I have a new camera, but the leaves have all already fallen. I’m left staring at the ground, looking for interesting leaves before they’re eaten by the earth, broken up and melted away.

Late autumn weather in Yorkshire is typically pretty gloomy. Not only is the sun low in the sky all day, it rises late and it sets mid-afternoon. In the days around the winter solstice the sun is above the horizon for less than eight hours. Add to that the typically British dense cloud cover and there are some days when you’re lucky to get a shutter speed above 1/30th of a second with a wide aperture and ISO100 setting. It not only can be frustrating, it can also feel pretty depressing.

No, late autumn and winter in Britain are not known for their long, bright, sunny days. Rather they’re known for being gloomy, all too often rainy and occasionally misty. And for me, it is the mist that is the saving grace of this time of year. Mistiness is moodiness, and I’m all kinds of moody.

Mist and fog are the atmosphere in its most visible form, and they can be used to great effect in conveying mood.  For me this is the most depressing season, but if there’s mist or fog in the air then it’s an emotional state that I can convey in photography.

Mist and fog help to separate foreground and background in a way that is similar to how we make use of a shallow depth of field, and they can help to draw attention to your photographic subject very effectively. If you’re lucky enough to be on the edge of a fog bank, where the sun is breaking through as well, there’s also the possibility of capturing what photographers often call “god rays” – shafts of light through cloud or trees, illuminating the haze to form the appearance of pillars of light.

I’m not always inspired to grab my camera and find photos during the late autumn and early winter, but if there’s some fog or mist around then it’s usually enough to trigger a trip to the woods or the hills for some photographic prospecting.