It’s nearly a year since I first attempted to capture the suburban foxes in my area. Since then I haven’t really tried particularly hard to do a better job, although it’s always been my intention to do so.

However, since my last attempt I’ve acquired some new photographic equipment and, rather than using an old GoPro like I did last time, I decided to make an attempt with one of my DSLRs.

My Nikon D5300 is reasonably well suited to the task. It has built-in Wi-Fi and you can establish a connection between the camera and an app on your phone to remotely trigger the shutter. In decent light you can see a live view of what the camera is seeing and even use the app to focus on particular areas of the frame.

Of course, 2am doesn’t offer much by way of decent light, so using the live view feature doesn’t help at all with focus. Instead, you really need to focus manually along the plane that your target subject will occupy at the moment you intend to take a photo. Unfortunately it’s not a simple process to use this lens on this camera with manual focus, and the settings are buried in menus. As for the lighting, obviously it’s awful. The flash on a camera should probably never be relied upon for anything more than just a little bit of fill.

A few nights further along (last night) the next attempts I made were using the 40mm Micro-Nikkor DX lens that I usually use for macro. This meant I didn’t have to dig in the menus to find the manual focus setting, as there is a manual focus switch on the side of the lens regardless.

I live next to a pizza shop and for some reason they were quite late closing on Saturday night. I didn’t see much point in setting up while the shop was open because I didn’t think foxes would come near during opening hours.

Once the shop shut and the staff left for the evening, I set up my camera and flash and retreated indoors to watch the view through my computer’s webcam, which I put on the window sill pointing outwards. From the comfort of my computer chair, I waited for a fox to turn up. Once quiet descended, it didn’t take long at all. 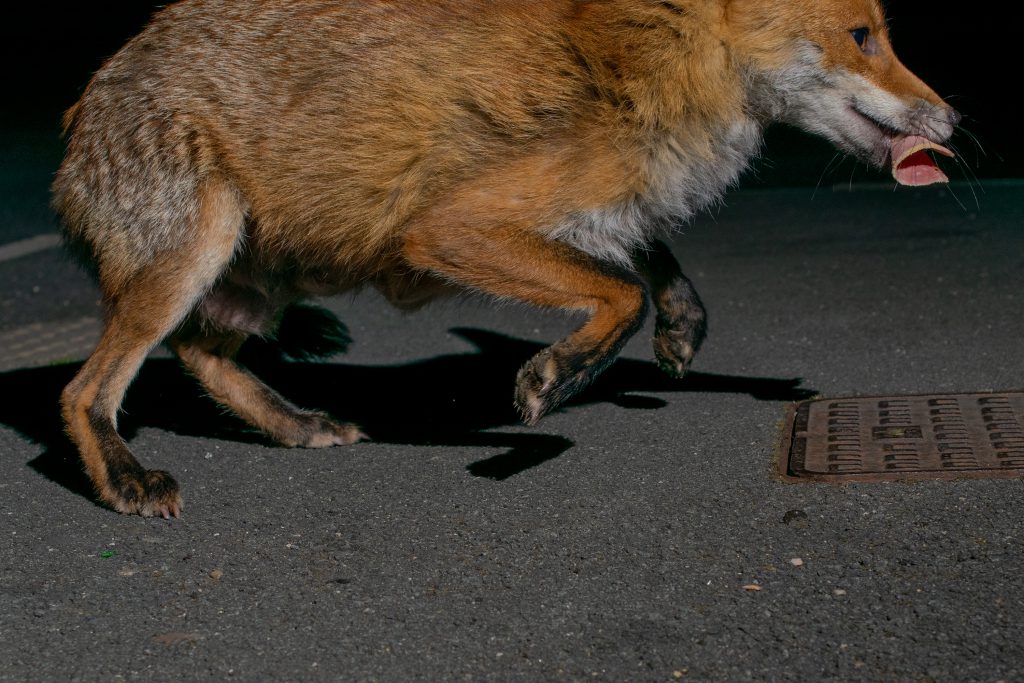 The noise of the camera’s shutter was initially loud enough to frighten the fox. However, when it became clear that nothing of consequence came of the shutter noise, the fox showed quite a bit of curiosity and was eventually confident enough to overcome that fear and steal in for the food I’d put out. 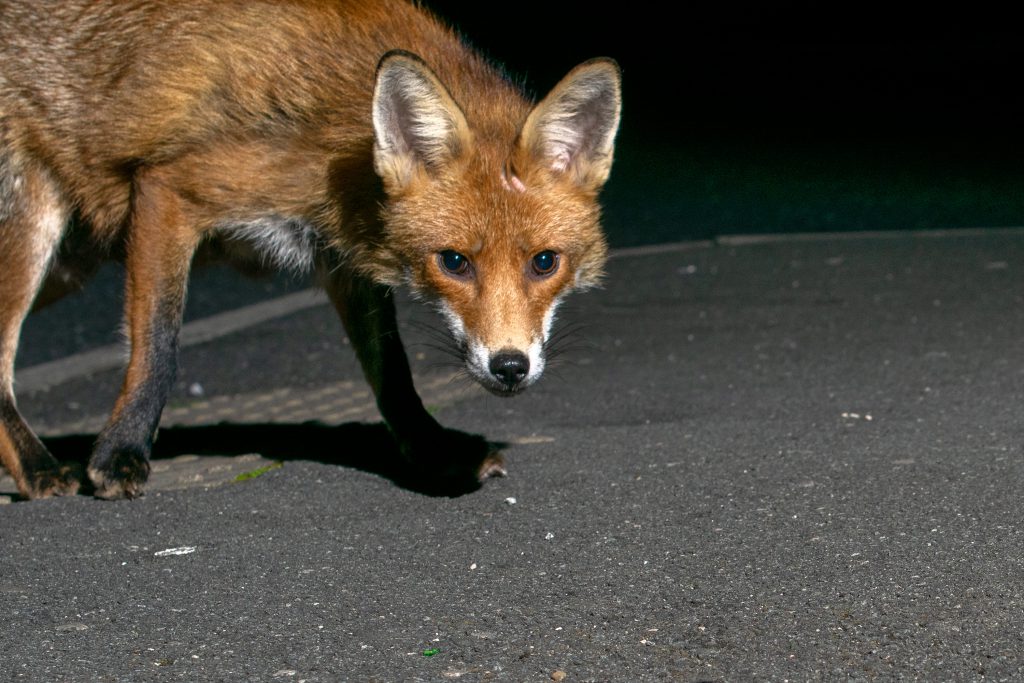 The point of focus that I set was too far away and needed to be a few feet closer. As a consequence, the best composed shots from the evening were also the most out of focus. This was very much my mistake, because I failed to look carefully enough when setting the focus point. I was in too much of a rush, worried that if the foxes saw me messing with the camera, they would associate the camera directly with me and they wouldn’t come back. Less haste, more speed. I think the potential is there though!

Using wireless remote triggers I was able to move the camera flash away from the camera a little distance. This provided much better light, although somewhat diffused would be better. I think we will have to work our way up to that, though, because I think a large flash diffuser giving out sudden bright flashes, along with the camera shutter making noises, will be too much for the fox.

In Part 3, I will finally get the ultimate photo and present a record of my local suburban foxes. It will be soon, though, and there won’t be another 11 month delay!