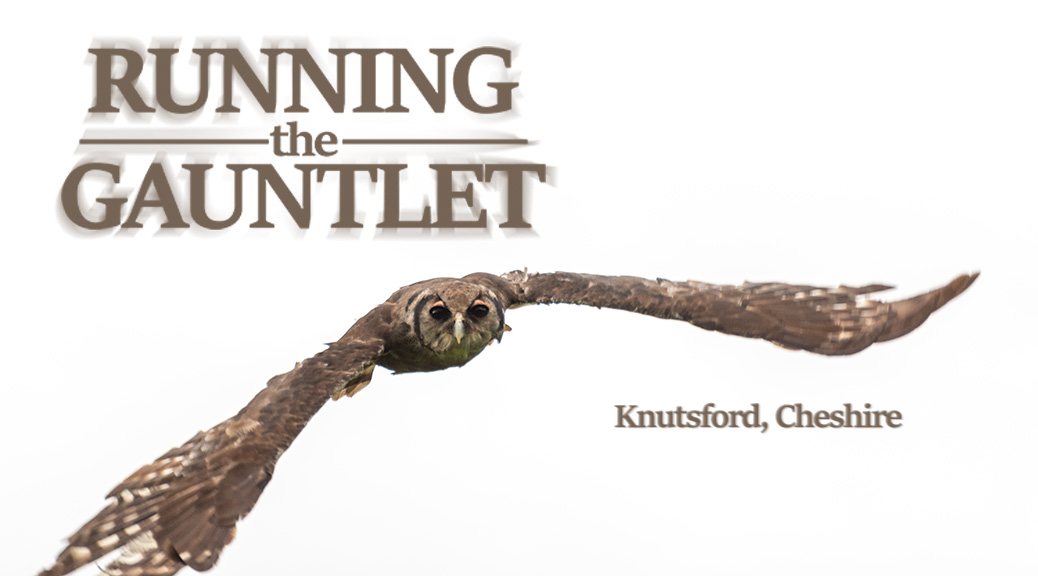 Last week, Sheryl and I made our way over to Cheshire to meet our friends Lynne and Mike. It’s a year since they tied the knot in Lymm, and they were returning to celebrate their first anniversary. We were privileged to be invited to join them, and arranged to meet them at the Gauntlet Birds of Prey Eagle & Vulture Park, just outside Knutsford.

I didn’t know what to expect from the park but I figured I might get a photo or two. Having learned my lesson about expectations at the Knowsley Safari Park I was certain not to be disappointed. The day was all about spending rare and valuable time with good friends rather than getting epic photos of birds of prey in a setting that looks convincingly wild.

The drive to the park was not too bad given that we were negotiating around Leeds, Bradford and Manchester along the way. With commitments in the morning, we weren’t able to set off until nearly 12pm but we arrived at the park comfortably ahead of schedule at around 1:20pm. Lynne and Mike were inside already and had done the rounds once before we got there. They met us at the café/entrance where we showed our ticket receipt and checked in.

The park itself is extremely intimate with only a few tickets available each day, and not all the tickets had sold on the day we were there – a thing that surprised me, given this was the last weekend of July and the schoolkids had broken up for the summer. This meant that there was no competition to see any of the birds on display. We were able to stand comfortably at the aviary fencing for an unobstructed view. Well, unobstructed but for the fencing, anyway. Mostly this was decently large chain link fencing, I’m guessing around 40 or 50mm. Obviously this isn’t ideal. However, if you can get up close to the fence, you can minimise the impact it has on your photo. 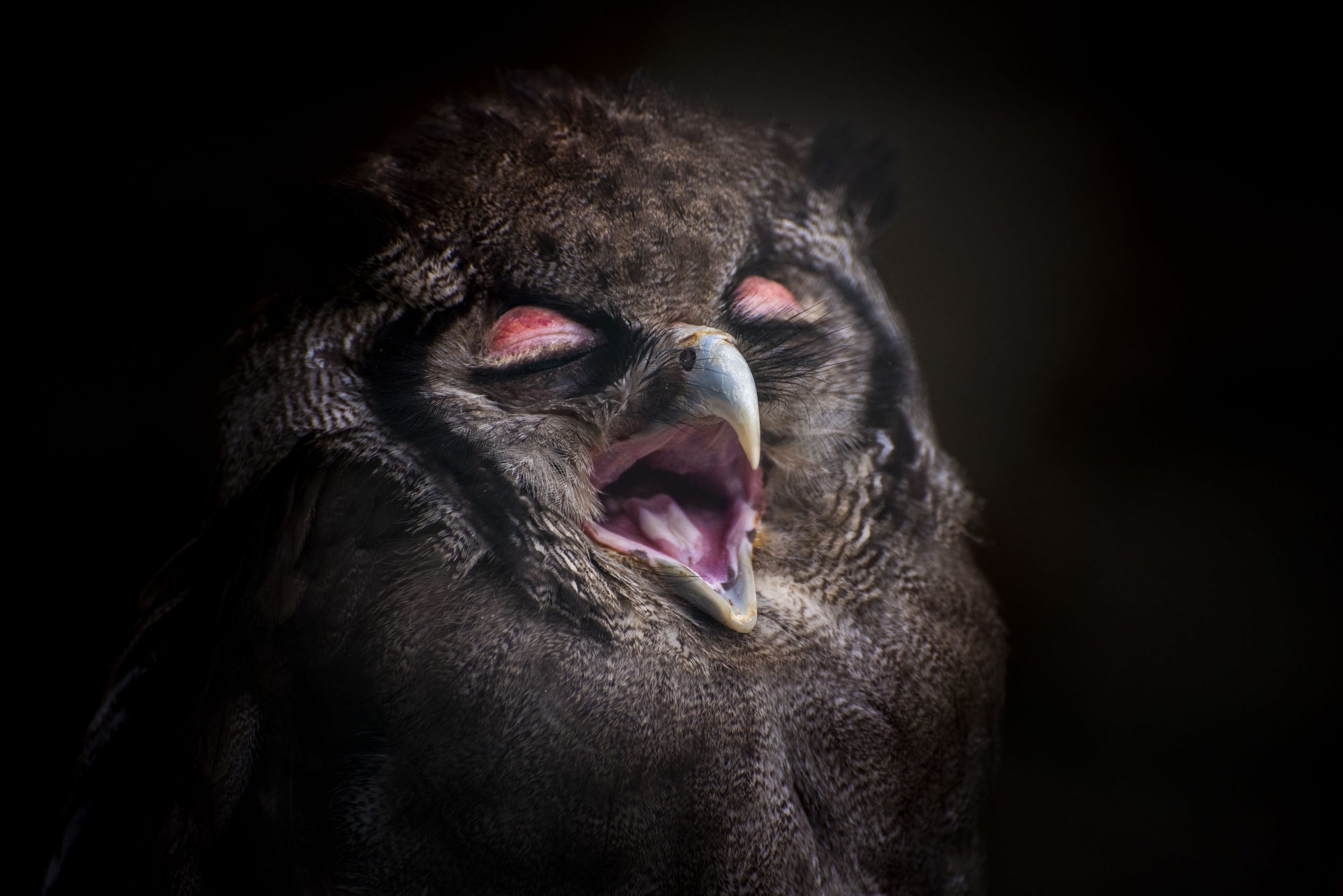 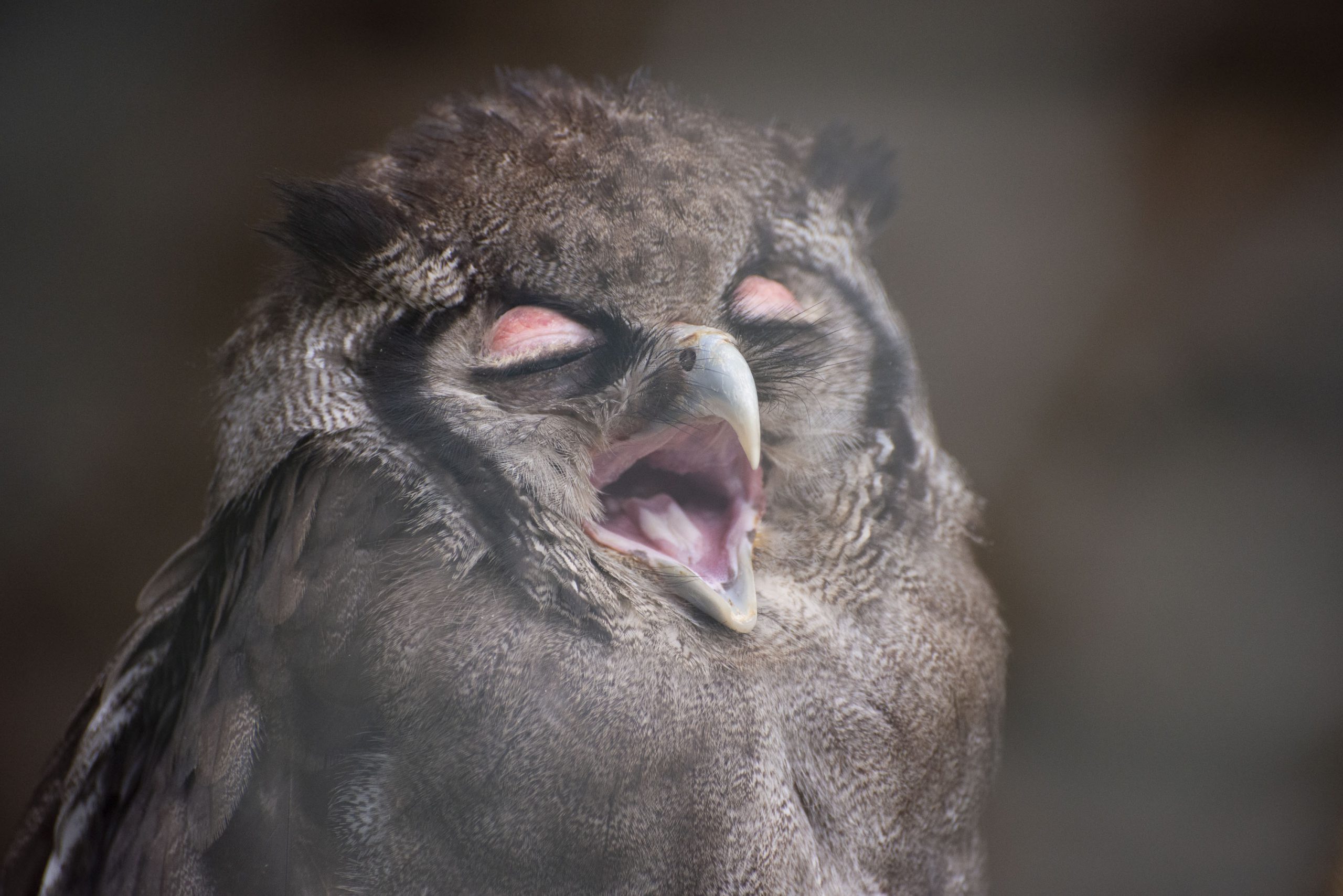 Use the slider above to view unedited vs post-processed image. Click the image below to view larger.

The addition of a vignette in post-processing helps to draw focus towards the owl and conceals the chain-link fence almost completely.

Several of the eagles were outside their aviaries, on perches, and extremely intimate photos of them were easy pickings. I was able to take dozens of photos of magnificent birds with absolutely no obstructions whatsoever.

Viewing the birds on perches or in aviaries was only part of the story. The park also holds meet-and-greet sessions, as well as flying displays of most of the birds. Perhaps it’s testimony to the park’s treatment of the birds that it seems none of them just fly away. Perhaps even bird-brains can work out which side their bread’s buttered.

Our friend Lynne captured the moment one of the park’s resident owls made a low pass over the seated crowd. This happened repeatedly with several of their birds of prey – obviously a purposeful method of engagement, but very effective indeed.

We were absolutely thrilled and enthralled by the display. Each of us came away giddy with excitement at the experience and how very intimate it was.

All in all the day was a phenomenal experience, and quite inspiring. Inspiring in several ways, in fact, but we’ll get to that in my next post.